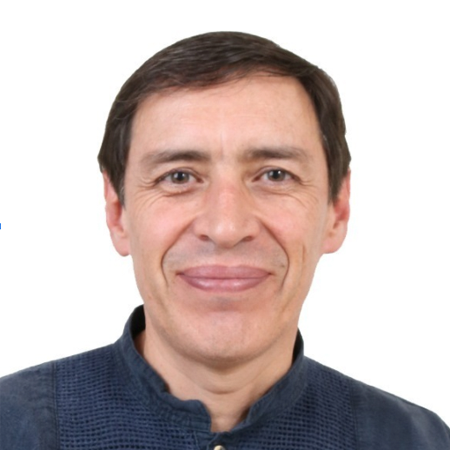 Santiago Pérez is an Anthropologist and Political Consultant specialized in public opinion and has more than 30 years of experience in surveys, censuses, qualitative studies, teaching, design of political strategy and communication that he brings to APS. Perez has designed, directed, and analyzed the results of thousands of studies related to the social, economic, and cultural spheres to support campaigns, implementation of public policies, support for national and local governments, parliaments, and academic studies.

Santiago Pérez leads multidisciplinary teams, which integrate social statistics, cultural and historical studies, ethnography, digital communication and other tools that allow knowing and understanding the needs and demands of people. He has worked in more than 400 electoral campaigns in Ecuador, Colombia, Peru, Panama, the United States, Spain, and Mexico.

He has contributed to the implementation of public policies, such as the study program for the National Constituent Assembly of 2008, the Penitentiary social census of 2009, the study for the reform of justice in 2012 and the development of the system of beneficiaries of programs and government bonds between 2007 and 2017.