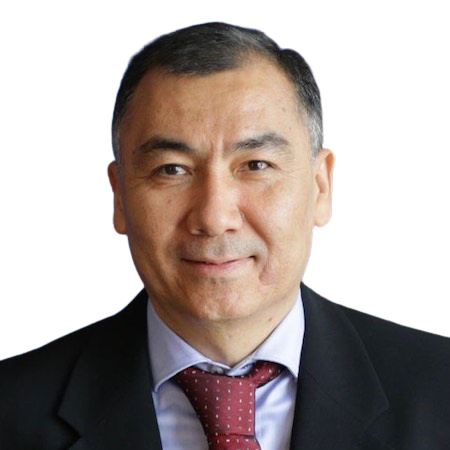 Ravshan Djeyenbekov, an eminent Kyrgyz political leader, has been involved in the fight for democracy and human rights for over 20 years. During his storied career, Djeyenbekov has held a wide number of high-level positions in a number of the governments of the Kyrgyz Republic where always put the principles of democracy, rule-of-law, and human rights first.

After having completed his Master in Business Administration (MBA) at the Massachuessettes Institute of Technology (MIT), Djeyenbekov was elected to the Kyrgyz National Parliament (the Jogorku Kenesh), where he spearheaded a multitude of initiatives that liberalized Kyrgyzstan, including the Law on the Establishment of the National Center Against Torture, the creation of the law on the election of mayors, and where he tirelessly championed women’s rights, free speech, and freedom of religion; while being a stalwart opponent of any legislation that would risk shifting Kyrgyzstan towards authoritarianism.

Aside from his historic leadership in the Parliament, Djeyenbekov previously served as the Acting Mayor of Bishkek (the capital of Kyrgyzstan), before being tapped by the President as the Minister of Investment and State Property Management, before being appointed as the Ambassador Extraordinary and Plenipotentiary to Malaysia. Since that time, Djeyenbekov has participated in a wide number of election campaigns, including a run for the Presidency of Kyrgyzstan.

Since that time, Djeyenbekov has continued to organize and participate in democratic movements and activities across Kyrgyzstan, Central Asia, and the post-Soviet Space. In order to advance the values of freedom, Djeyenbekov established NextFM, a radio station that rebroadcasts (the American-financed programs of) Azattyk/Radio Liberty, including the Russian-language service of Radio Liberty to the whole of Kyrgyzstan. Djeyenbekov created the popular television channel NextTV which runs (the also American-financed) program of “Present Time” (“Nastoyashchee vremya”). In his free time, Djeyenbekov led a group of journalists to organize the Committee for Freedom of Speech.